A favourable year for Hufvudstaden

The President and CEO of Hufvudstaden sums up the year and looks forward. 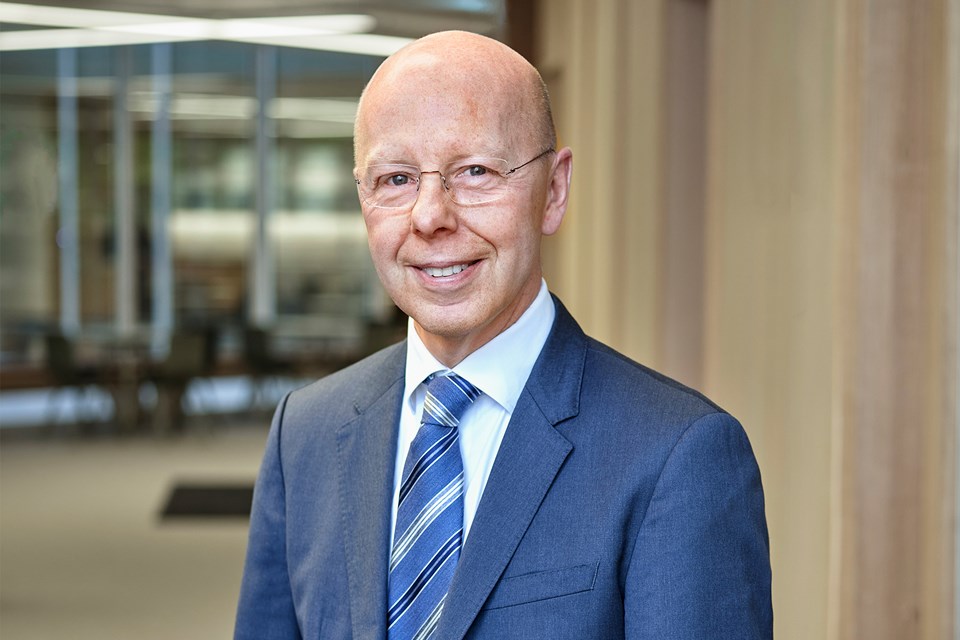 The global economy cooled down slightly in 2019, due in part to the muted industrial economy in Europe and the strained trade relationship between the US and China.

The Federal Reserve cut interest rates several times, and growth in the US economy continued. Concern about the US/China trade war subsided in the autumn, which, along with clarity concerning an orderly UK withdrawal from the EU, contributed to rising share prices.

Following the economic boom in recent years, Sweden went into a cooldown phase with GDP growth of just over 1 per cent. The Swedish Central Bank nevertheless raised the repo rate to 0 per cent in December, but also forecast that the rate would remain unchanged for a couple of years.

Economic growth, low interest rates, and good access to capital have benefited the property sector in recent years. This has had a positive impact on Hufvudstaden’s operations and contributed to a further increase in earnings from property management and rising property values in 2019.

At the year-end, Hufvudstaden’s property holdings were valued at SEK 47.7 billion (44.1), up by approximately 8 per cent. The increase can be attributed to the effect of rising rents, lower yield requirements, and investments of SEK 865 million. The net asset value at the year-end was SEK 185 per share (171) and the share price was SEK 185.10 per share.

Top rents remained unchanged at SEK 9,000–9,500 per square metre in Stockholm and about SEK 4,000 per square metre in Gothenburg. The proportion of co-working space in central Stockholm was around 7 per cent. These facilities have proved effective in meeting demand from office tenants for greater flexibility and a higher level of service. Hufvudstaden’s rent renegotiations for office premises produced an increase of almost 30 per cent. Including retail space, the increase for the year was 13 per cent.

The retail sector is changing

Sales of durable goods rose by some 3 per cent during the year. The increase was generated by e-commerce, which now accounts for about 10 per cent of total retail trade. Growth in e-commerce combined with lower sales in physical stores has led to profitability problems for many traditional retailers, particularly in the mid-price segment. Retail properties in less attractive locations are thus at risk of a rise in vacant space and falling rents. However, profitability remains good for strong and unique retail brands with a distinct image in strong market locations.

New consumer purchasing patterns is imposing increasingly higher demands on property owners and retailers with regards to the development of physical and digital marketplaces.

The NK department store in Stockholm is undergoing a comprehensive upgrade. Along with the renovations, NK Stockholm has acquired a more unique range of products, a higher service level, a more distinctive image, and a higher proportion of premium and luxury brands. A project was initiated during the year to further develop NK’s digital presence, including plans for e-commerce.

Demand from international premium and luxury brands as well as Swedish fashion brands remained good for retail premises in the Bibliotekstan shopping district and at NK.

Enhanced refurbishment and development of Hufvudstaden’s properties intensified during the year. Hufvudstaden’s portfolio of major current and planned projects amounts to around SEK 4 billion.

The total investment volume for projects and property acquisitions is estimated at SEK 7–9 billion for the next 5–10 years, all within the framework of the company’s financial objectives.

We have received new local plans for the Inom Vallgraven 12 block in Gothenburg and the Vildmannen 7 property in Bibliotekstan. A prestudy has begun for a comprehensive extension and redevelopment project for the Inom Vallgraven 12 block. The new local plan allows for additional development rights of about 15,000 square metres of gross floor space.

For the Vildmannen 7 property, which was destroyed by fire in autumn 2017, the new local plan includes development right covering approximately 6,900 square metres gross floor space, of which approximately 800 square metre is additional space. The new building inside the preserved street facade is expected to be completed in 2022.

An intensive expansion and redevelopment project is ongoing at the Skären 9 property at Norrmalmstorg, where the majority of office space is leased to a law firm, Advokat firman Vinge. The expansion covers approximately 2,600 square metres of office space. The project will be completed in late 2020.

A comprehensive development project is ongoing at the NK department store in Stockholm. Around 35 new departments have been opened to date. NK Saluhall (the indoor food hall) has been updated, a new sports department has been established on the third floor, the second floor has been dedicated entirely to men’s fashion and several new luxury brands have opened on the ground floor. The project is expected to continue throughout 2020.

Hufvudstaden is committed to working in the longterm towards achieving economic, environmental and social sustainability. One of Hufvudstaden’s sustainability goals is to reduce climate emissions and we have achieved a reduction of more than 85 per cent since 2010.

A geothermal heating project on the Kåkenhusen block in Stockholm was completed in 2019, which will reduce energy consumption and climate emissions. Environmental certification of the properties has continued, and half of the property holdings had been certified by the end of the year.

We were awarded 5 Stars in the international GRESB ESG survey for real estate companies – recognition of Hufvudstaden as an industry leader in sustainability.

Earnings for the year

Hufvudstaden’s current operations developed positively during the year. Earnings from property management increased by 5 per cent to SEK 1,373 million. The increase can be attributed mainly to higher rents in conjunction with new and renegotiated leases, but was reduced slightly by loss of revenue due to current projects.

Profit after tax amounted to SEK 3,146 million. The decrease is due to lower unrealized changes in the value of the property holdings and the positive effect of the recalculation of deferred tax last year following a reduction in corporation tax.

Our business concept has been tried and tested over many years, focusing on ownership of high-quality commercial properties in unique marketplaces in the most central parts of the two strongest growth regions in Sweden and this is set to continue. We continuously adapt the business to changes in society. A clear focus on our customers, and attentiveness to their needs and preferences is one of our most important principles.

We will be taking measures to meet changing demands in the office market including the start-up of a co-working business under our own management in the Skären 9 property in Bibliotekstan.

Moving forward, we will maintain a strong focus on our marketplaces and particularly on developments within the NK business area. The physical environments, service, product range, and digital presence will be continuously improved.

The business development initiative started up a few years ago is continuing. Several projects are in progress and others are at the planning stage, all aimed at strengthening cash flow and earnings in the future. In addition, Hufvudstaden is seeking property acquisitions that complement our existing portfolio and strengthen our market position.

Finally, I would like to thank all employees at Hufvudstaden who carried out their work during the past year in an exemplary fashion and with outstanding commitment and customer focus, creating good conditions for consistent growth in earnings in the years to come. 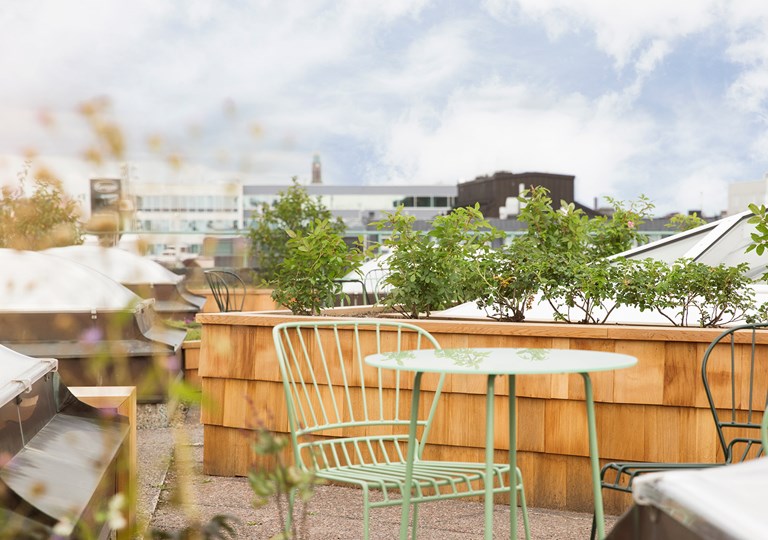 All our premises are located in the heart of the city in close proximity to most things. 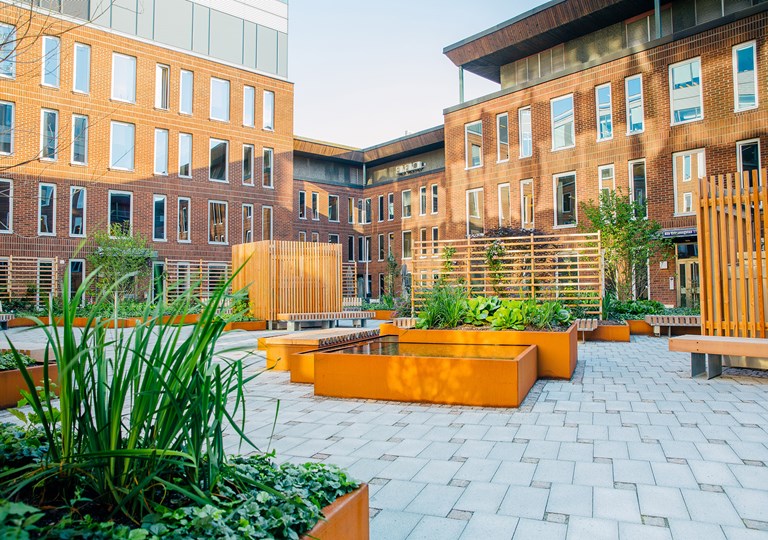 We work methodically to develop and improve our operations from an environmental and sustainability point of view. 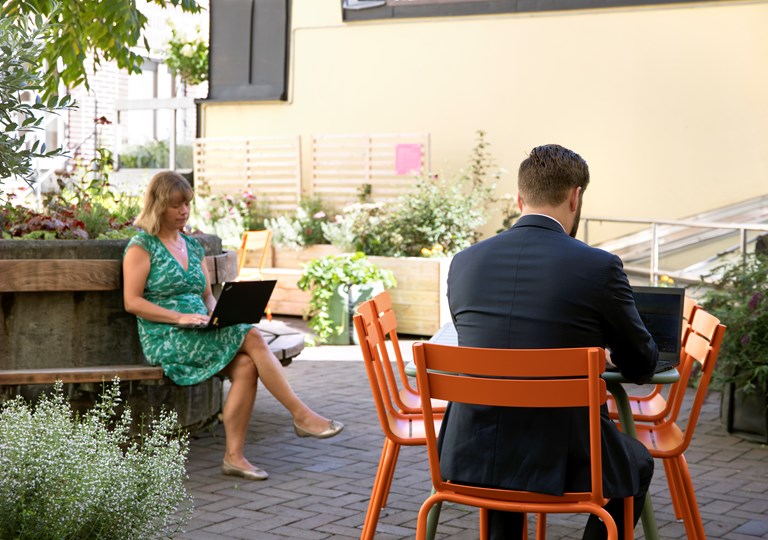