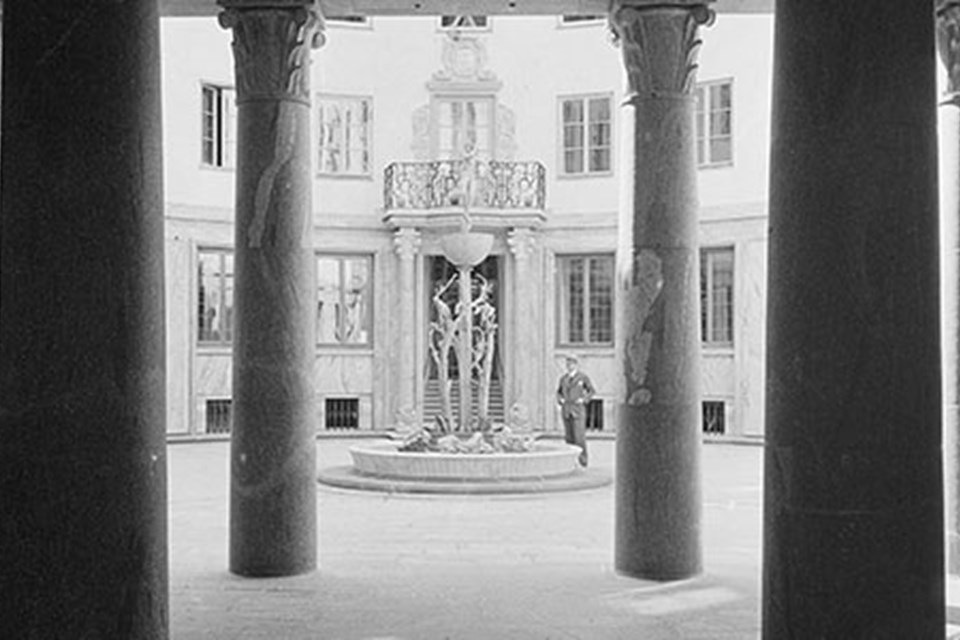 The crisis years of the First World War were followed by a period of rampant inflation and widespread speculation in the Swedish economy. The bubble soon burst. Sweden was hit by deflation, agricultural land fell into disuse and industrial enterprises were left insolvent. The newly founded film company SF was close to being toppled by the costs associated with the newly constructed Filmstaden studios in Råsunda but it was saved when Hufvudstaden bought SF’s cinema properties in 16 towns.

Ivar Kreuger formally stepped down from the Hufvudstaden board. The president, Lennart Palme, was forced to resign. Kreuger’s trusted co-worker and cousin Nils Ahlström became chairman of the board and from 1923 a number of highly capable directors and politicians were recruited as members of what was becoming a more ‘professional’ management team. These included building developer C W Andrén, Erik Hjorth from Skånska Cement, former county governor Sven Lübeck, Allan Cederborg from Handelsbanken and city finance commissioner Carl Juhlin Dannfelt, all of whom had the added distinction of being ‘men of great thrift’. 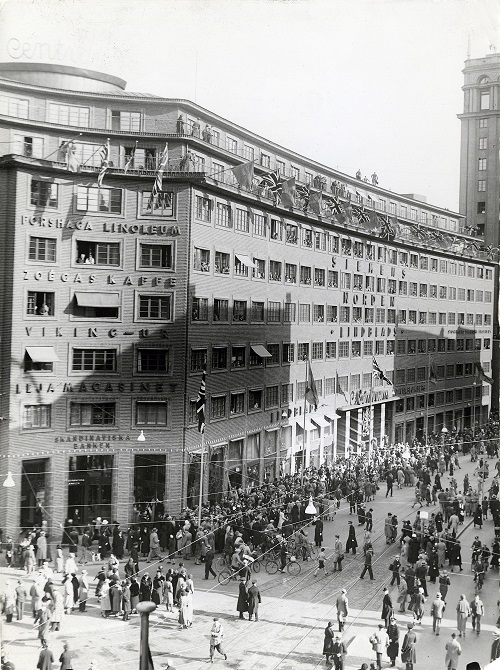 In the 1920s, the most beautiful cinema in Sweden was built in the Hufvudstaden property at Drottninggatan 82. In the capable hands of architect Gunnar Asplund the Skandia cinema became a lavish neoclassical gem, decorated with antique period motifs by the leading artists in the country.

What was to become the most fashionable street in Stockholm, Kungsgatan, was constructed in 1911 through the Brunkebergs- åsen ridge, extending from Stureplan in the direction of Hötorget. Hufvudstaden was quick off the mark and purchased a large number of sites. These included sites on Norrlandsgatan – where Kungsgatan 4 – 10 were built and with Radiotjänst as one of the tenants – and in particular around the junction with Sveavägen.

Hufvudstaden purchased properties on the corner blocks Järnplåten and Hästhuvudet although the first complete block to be acquired at the junction of Kungsgatan and Sveavägen was Oxhuvudet. It was on this block that Centrumhuset was opened in 1931. Centrumhuset was an ultramodern colossus, constructed in dark brick and housing an exclusive shopping centre with 14 stores – all carefully selected by Hufvudstaden – and no fewer than 60 offices for the film company SF.

In the middle of the 1920s, Hufvudstaden was once again involved in new construction under its own auspices. In the newly established district of Röda Bergen in Vasastan the Company constructed almost 200 apartments. Even greater attention was attracted by the elegant Tändstickspalatset, built for Ivar Kreuger at Västra Trädgårdsgatan 15 between 1926 and 1928. It was in the neighbouring building, at number 17, that Hufvudstaden had its head office right up until the 1960s. 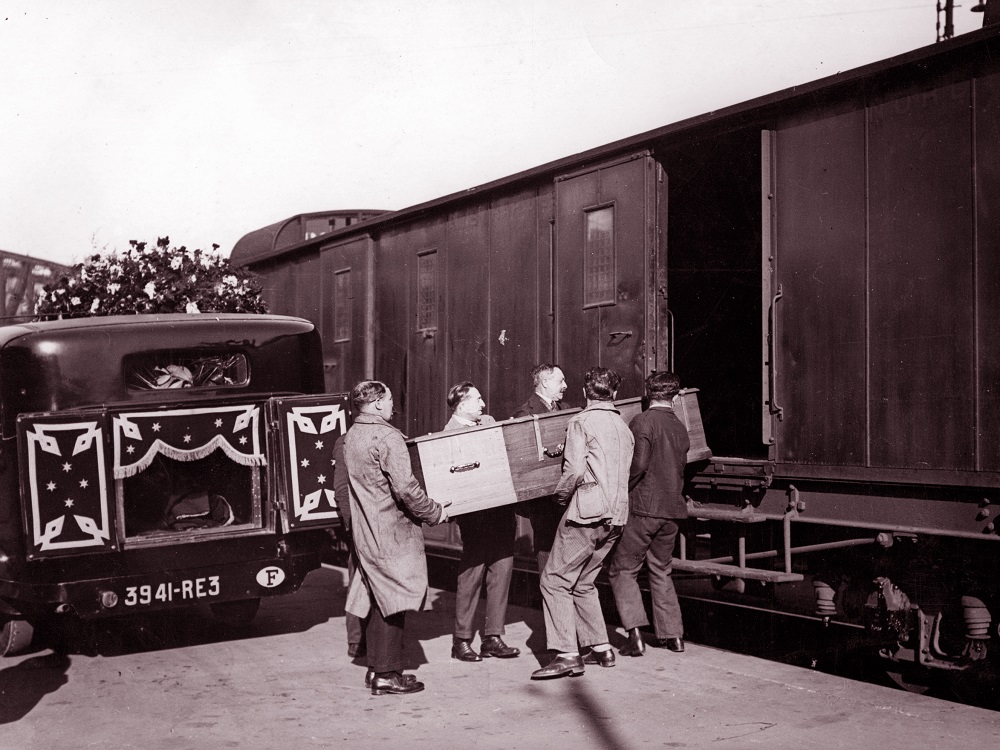 In March 1932, the end came for Ivar Kreuger, engineer, financial magnate and business leader, when he was found dead in Paris. He was one of the world’s largest borrowers and lenders but could no longer keep rolling over the millions he had in debt.

The collapse of the Kreuger empire had enormous repercussions for large corporations and small savers alike. For Hufvudstaden it marked the beginning of an uncertain future and legal proceedings against the Company’s management. Criminal investigators even seized Hufvudstaden’s petty cash, which meant that the employees had to scrape together small change when the tenants came in to pay their rent each month.