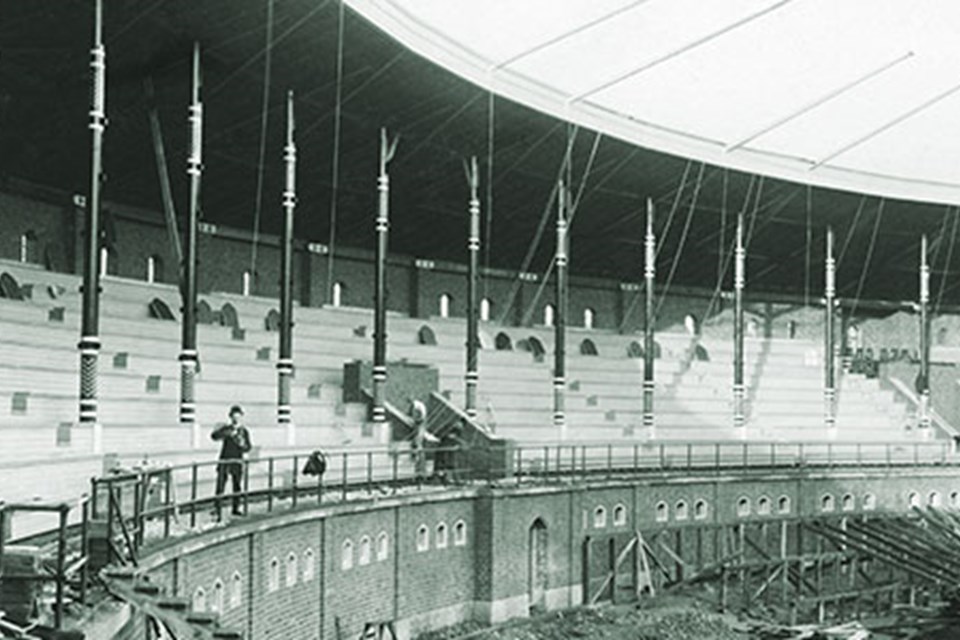 On Monday, September 20, 1915, Fastighetsaktiebolaget Hufvudstaden was founded in an office at the newly built Sveriges Privata Centralbank building at Gustaf Adolfs torg 18. The chairman, Ivar Kreuger, was listed as holding 5,996 shares and the other four founders held one share each. The original idea was to call the company Holmia – after Stockholm – but in the end the name Hufvudstaden was chosen and a change was subsequently made in the pre-drafted minutes. The aim of the company was to acquire residential and commercial properties and to take advantage of economies of scale to manage the properties efficiently and economically.

When Ivar Kreuger founded Hufvudstaden he had already become a multimillionaire from match production and as a highly successful building developer. His achievements included Stockholm Olympic Stadium, the NK department store and the foundations of Stockholm City Hall.

After graduating as an engineer from the Royal Institute of Technology he spent seven years working abroad. During this time he was constantly on the look-out for new business ideas. On his return from the USA he not only brought back the rights to a revolutionary construction method that made use of reinforced concrete, he had also had his eyes opened to the enormous opportunities offered by the world of finance.

The Kvasten 6 property at Biblioteksgatan 5 became the first of Hufvudstaden’s newly constructed buildings to be completed. Ivar Kreuger and his business partner Paul Toll purchased the site in January 1915 and demolished the existing building. The four floors of the new building were filled with offices and shops and just before New Year 1915 the ultramodern cinema Röda Kvarn was officially opened. Two years later, a restaurant was opened under the name Cecil and it was to become the first in Stockholm to feature jazz music. It was for a long time the most fashionable and lavish restaurant in the city. Hufvudstaden sold Cecil in the 1950s but retained the building, which has now been part of the Company’s holdings for 100 years.

Sweden was not involved in the First World War although by 1917 Stockholm had begun to seriously feel the effects. Border closures led to a shortage of certain foods, giving rise to starvation and demonstrations. This was compounded by an acute shortage of housing as construction had come to a standstill, coupled with an influx of refugees and a rise in the number of people moving into the city from rural areas. Rents rose so steeply that Parliament was forced to introduce a law that in effect banned rent increases. This resulted in a desperate time for property owners as they were unable to compensate themselves for a doubling of the cost of fuel and repairs. 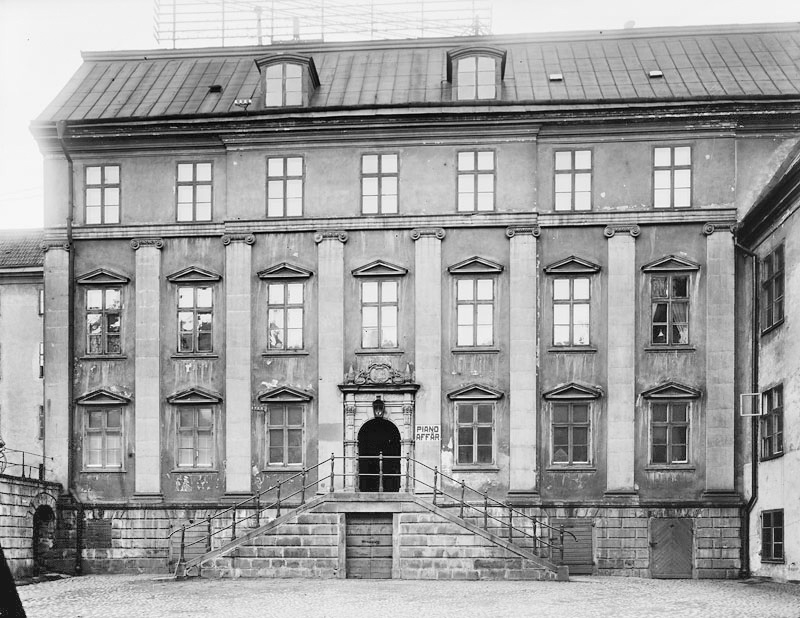 In the centre of Stockholm the vast majority of buildings were owned by private individuals or entities – often widows or the estates of deceased persons – who were finding it difficult to run and maintain the buildings under the extreme conditions that prevailed during the war. Many of them tried to sell their properties. For Hufvudstaden – which during the war years was unable to find materials and workers to construct new buildings – this offered an opportunity to rapidly expand its property holdings. 1917 proved to be a unique year for the Company. It was a year in which it acquired no fewer than 24 properties, almost one every other week. These included buildings in Bibliotekstan, such as Rännilen 8 at Birger Jarlsgatan 11. Hufvudstaden had by then become the largest private property company in Stockholm.

To ensure fuel supplies during the war, Hufvudstaden bought a haulage company and Viksjö Gård, a large manor located between Hässelby and Jakobsberg. Wood, coke and coal were rationed but thanks to the wood from the forests at Viksjö the Company managed to supply tenants with heating and hot water during the winter fuel crisis that persisted throughout the war. Even during the Second World War, Hufvudstaden obtained enormous quantities of wood from Viksjö. The land at Viksjö was eventually sold for housing during the 1960s.